We’ll need to increase renewable energy production and energy efficiency dramatically – and quickly – while ensuring access and affordability for EJ populations. We must implement microgrids, energy storage, and reduce peak demand. Electric and gas utility markets will need to support greater decentralized generation, better and more expanded transmission, and much higher levels of renewable energy. We will need resources for deep energy retrofits and higher performance standards for both new construction and renovation of existing buildings. Furthermore, public and personal transportation will need to turn sharply toward an electric future that does not aggravate congestion or sprawl.

To move towards a more resilient region, we must focus on the following priority areas:

Climate change will also significantly threaten and impact our water resources, including drinking water and stormwater. To better manage our finite freshwater resources, we need to move to an integrated water resource management approach, increase local recharge, and ensure affordable access to water through investments and limits on non-essential outdoor water use. 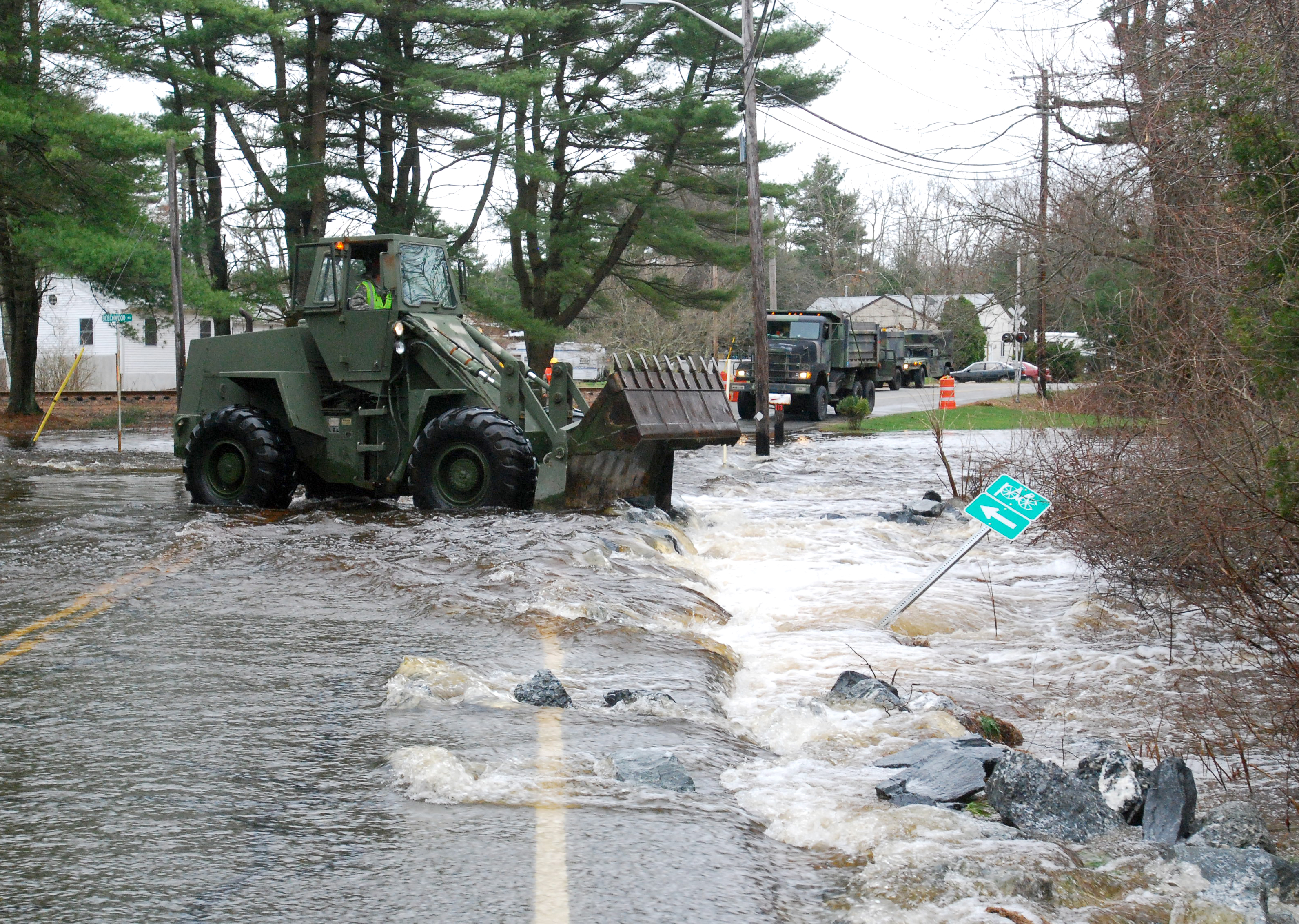 Prepare for and respond to the threats of climate change 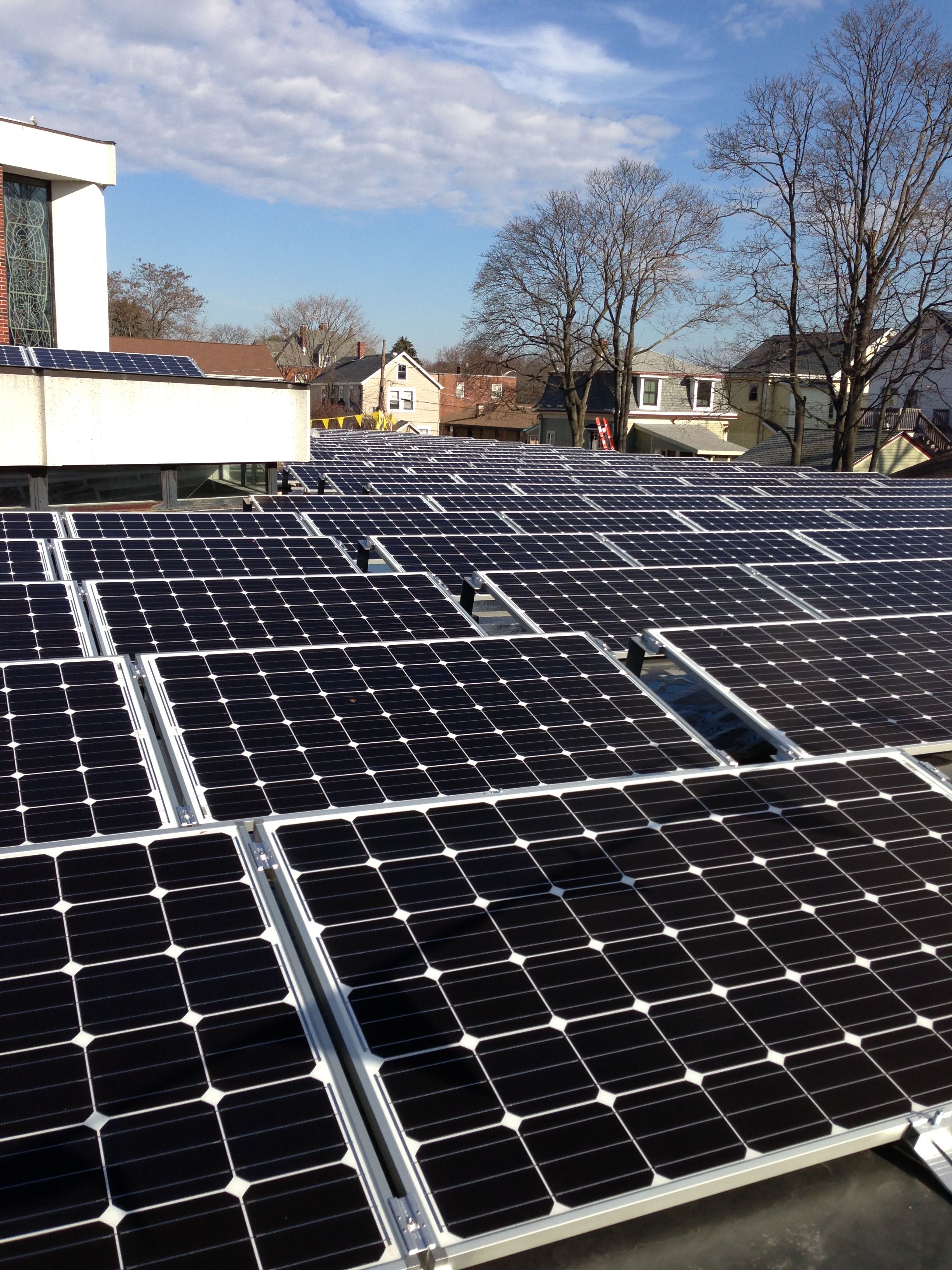 Accelerate the transition to a clean energy future 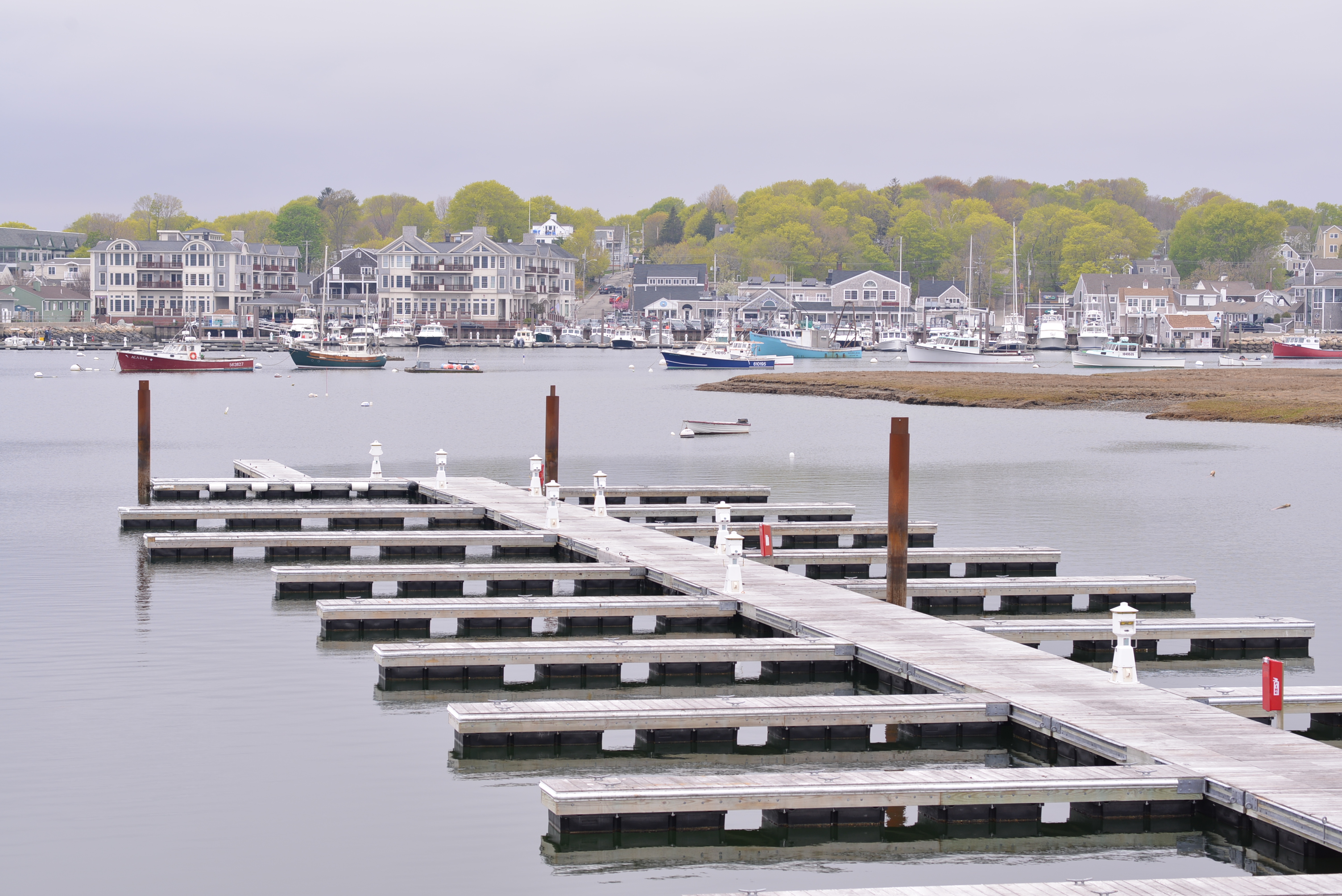 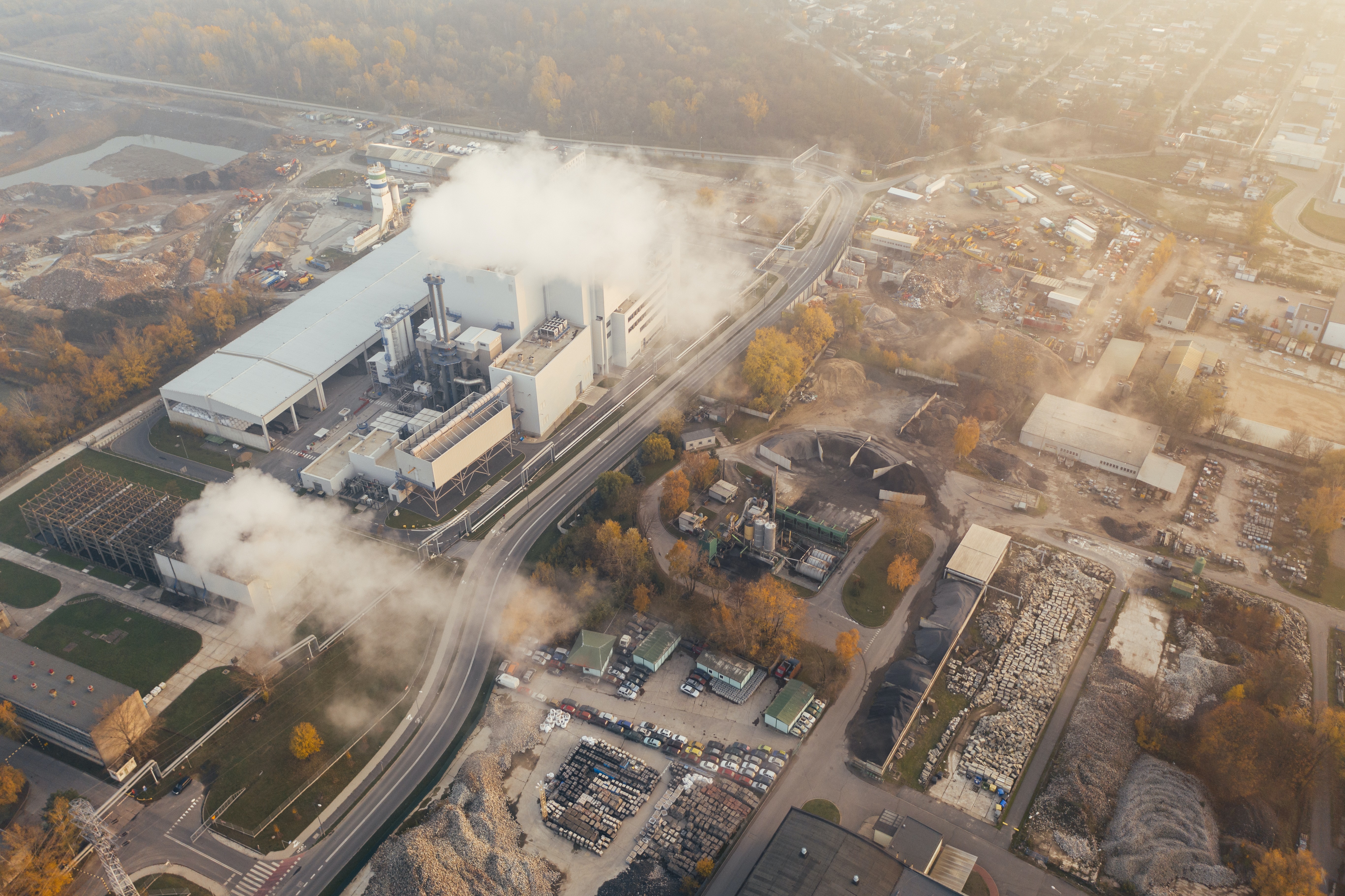 Decarbonize the building and transportation sectors

Since colonization of what is now the United States, our country has been built on the dispossession of native populations and economic and racial exclusion of lowincome and BIPOC communities. This exclusion and oppression have continued over the centuries through governmental policies and programs and through our economic systems. From slavery and Jim Crow to contemporary labor, environmental, housing, and educational systems, the rules of society have been intentionally designed to create the disparities that exist in wealth accumulation and health along demographic and, especially, racial lines.

The economy of the United States has never been particularly favorable to lowincome workers or BIPOC individuals. More recent trends in Greater Boston have further exacerbated wealth differentials, as high paying jobs in sectors such as finance, higher education, biotech, and healthcare have fueled growth in high income jobs. Meanwhile, declines in middle-income jobs such as manufacturing and accompanying union membership along with housing options affordable to middle-income households disappearing across Greater Boston, these households and jobs are being pushed to lower cost parts of our country.

Growth in low-paying and undervalued service and personal care industry jobs and jobs in the so-called gig economy that do not provide benefits like sick, vacation, and retirement are a growing share of our economy.

The high cost of housing, energy, transportation, food, and sometimes student debt and childcare in Greater Boston consumes a large share of an average household’s income, for lower-income households nearly all of it.

The social safety net, which includes income, food, medical, and housing supports, has never provided enough support for low-income individuals and households to thrive and live their lives without the stress and stigma of poverty.

Prospects for moving into higher income and wealth brackets are limited, even for the next generation. While the rags to riches story of the American Dream sometimes come true, in reality, it is more myth. Inter-generational wealth transfers tend to help maintain the relative position of higher net worth families, which are predominantly White, over time. Appreciation in home values is a primary wealth building mechanism, yet one that is inaccessible to many in Greater Boston.

The industrialization and urbanization of the United States since the late 1800’s has been powered largely by fossil fuels. These fuels continue to account for most of our energy generation and transportation fuels, generating unsustainable levels of GHGs and other air pollutants. Our entire modern infrastructure is heavily reliant on fossil fuels – from how we heat our millions of homes to how we power most of our cars. Converting infrastructure dating back more than a half century to renewable and non-polluting sources will take massive investments and behavior changes.

The way Greater Boston has grown, urbanized, and suburbanized has also contributed to increased emissions and a reduced capacity to minimize the negative impacts of climate change. Low-density, auto-dependent suburban growth requires more energy per household and is often farther from public or active transportation. Converting undeveloped lands and filling wetlands to accommodate development has increased impervious surfaces and reduced capacity to absorb and infiltrate stormwater, contributing to increased heat and flood vulnerabilities and water pollution.

We have also built a region that is not particularly resilient. Many aspects of our built and social environments lack the ability to adjust under stress. The levees in New Orleans were not designed to handle the floodwaters of Hurricane Katrina in 2005, which led to catastrophic failure. Had the coastal wetland system been left intact, New Orleans would likely have been spared the worst of the hurricane. Closer to home, the New York metropolitan area of 2012 was poorly prepared to absorb and recover from the impacts of Hurricane Sandy.

Here in Greater Boston, we also have lost or damaged our coastal wetland. Nor is resiliency built into our electric grid and delivery system design. If one part of the system is knocked out of commission, downstream customers also lose power.

Social resiliency also varies dramatically by wealth, race, age, and geography. The COVID-19 pandemic bore out the worst of these disparities. During the pandemic, some people with means temporarily relocated out of the city, and others had the option to drive into work or to work from home. But these options were not available to all. Often, lower-income and BIPOC service workers had no choice but to go to work in person and were among those most hard-hit by COVID-19.

Individuals and communities with the highest barriers to bouncing back after a disaster (due to poor infrastructure and maintenance, less access to information because of the digital divide, and poor public disaster response systems) and those most at risk of severe health complications during disasters (due to age, social isolation, pre-existing health risks, crowded housing conditions, or exposed working conditions) bear the most risk to the impacts of climate change.

We face many challenges to realizing a net zero, climate resilient region, but these challenges are surmountable. The pace at which we must act, however, is daunting. Current international consensus is that we have until 2030 to reduce global GHG by at least 45% below 2010 levels and achieve net zero by 2050 to mitigate the worst impacts of climate change.

Here in Massachusetts, the new climate law, An Act Creating a Next Generation Roadmap for Massachusetts Climate Policy, signed by Governor Baker in early 2021, commits the Commonwealth to attain 50% reductions below 1990 levels by 2030 and 75% by 2040, on our way to net zero by 2050.

All of these targets require immediate action to undertake the necessary changes to achieve these statutory outcomes fully and on time. Failure is not an option. The decisions made by various levels of government (federal, state, regional, and local); individuals; and private sector organizations must be aligned, regardless of corporate or political cycles. We cannot allow quarterly profit targets and two- to four-year political terms become barriers to making decisions and investments that are needed to protect future generations.

Price signals are another barrier to consumers making choices that could minimize the relentless march of climate change. There are longstanding subsidies supporting fossil fuels, industrial agriculture, and global trade. Because of these subsidies, cheap and more environmentally-damaging clothes, food, cars, heating and cooling systems, and other goods are often the less expensive option for consumers. For households with limited discretionary budgets, the less expensive option is often the only option.

We’ve recently seen renewable energy generation costs become competitive with fossil fuels, and rebates for electric vehicles are narrowing the price premium over gas-powered cars. But for so many products and goods, the least expensive options are those with the highest environmental impact and the conventional product, even with cost parity, is often the preferred choice. These transitions are slow, unpredictable, and often need support to accelerate or shift more rationally.

Another key challenge is the amount of collaboration and coordination necessary to rise to the challenge. Climate mitigation and adaptation touch many sectors, from emergency management to wetlands restoration and public schools. While the new state climate law is a landmark step towards meeting our net zero goals, now comes the hard work of implementation, while we must also move forward on adaptation planning and investments and system modernization across energy, water and land management, telecommunications, commerce, transportation, and much more. 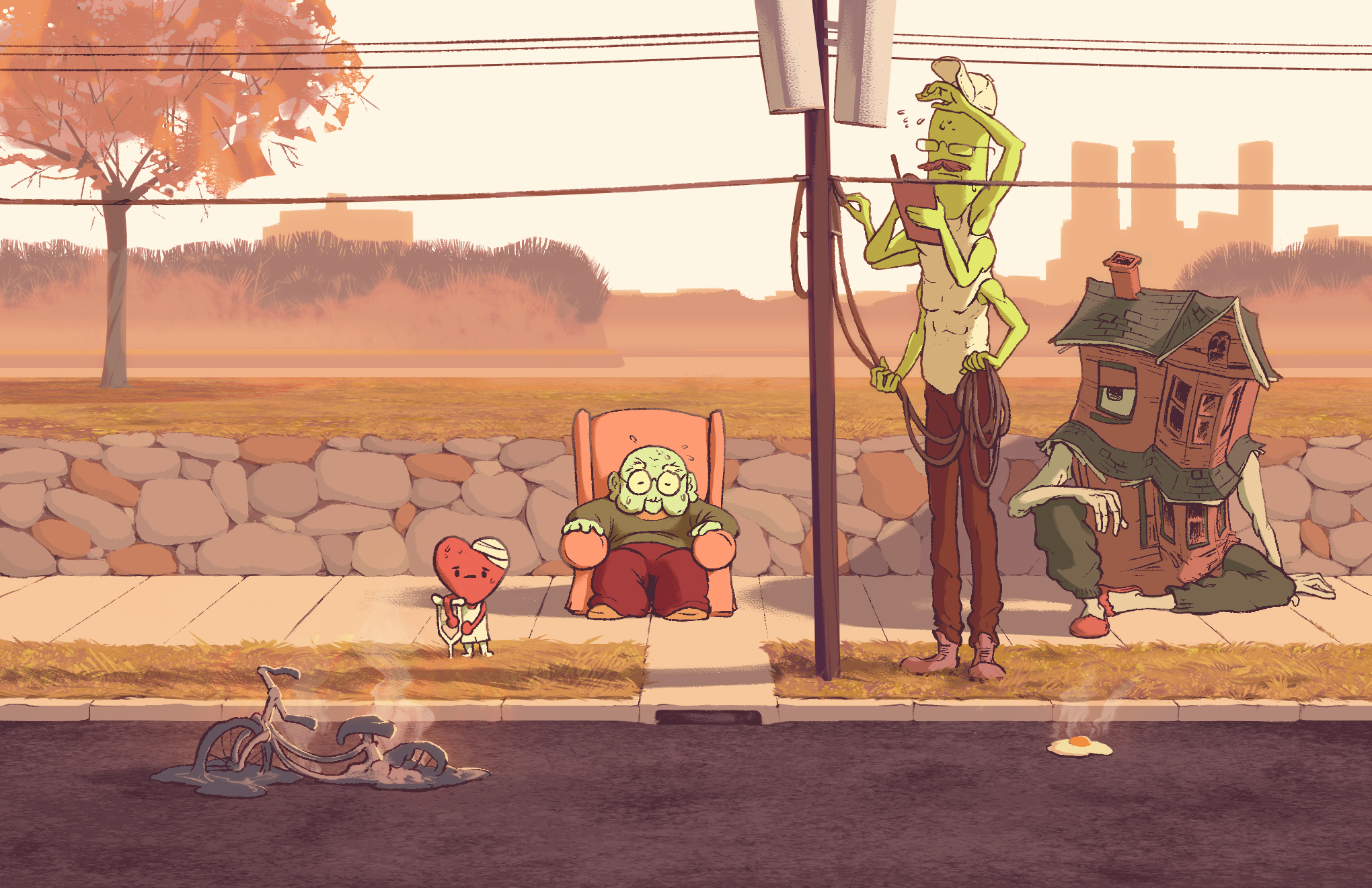