As we begin recovery and rebuilding from the COVID-19 pandemic, we face a once-in-a-generation opportunity to invest in ways to directly undo the history and challenges outlined in MetroCommon. The American Rescue Plan Act of 2021 is providing hundreds of billions of recovery dollars. Other federal efforts may bring even more resources to support investments in infrastructure and family supports. There will be many competing priorities for these funds, but these federal funds provide a significant opportunity to invest in BIPOC and low-income communities that have faced long-lasting systematic racism and economic exclusion and who are disproportionately affected by the pandemic. State, regional, and municipal governments should screen prospective investments to center efforts that will create a more equitable distribution of resources and opportunities. The policy recommendations particularly in Enable Wealth Creation and Intergenerational Wealth Transfer and Reverse the Rising Rate of Chronic Diseases, particularly among Populations Experiencing Health Inequities will help our region, and the Commonwealth as a whole, to center racial and economic equity as the fundamental focus of recovery and rebuilding. 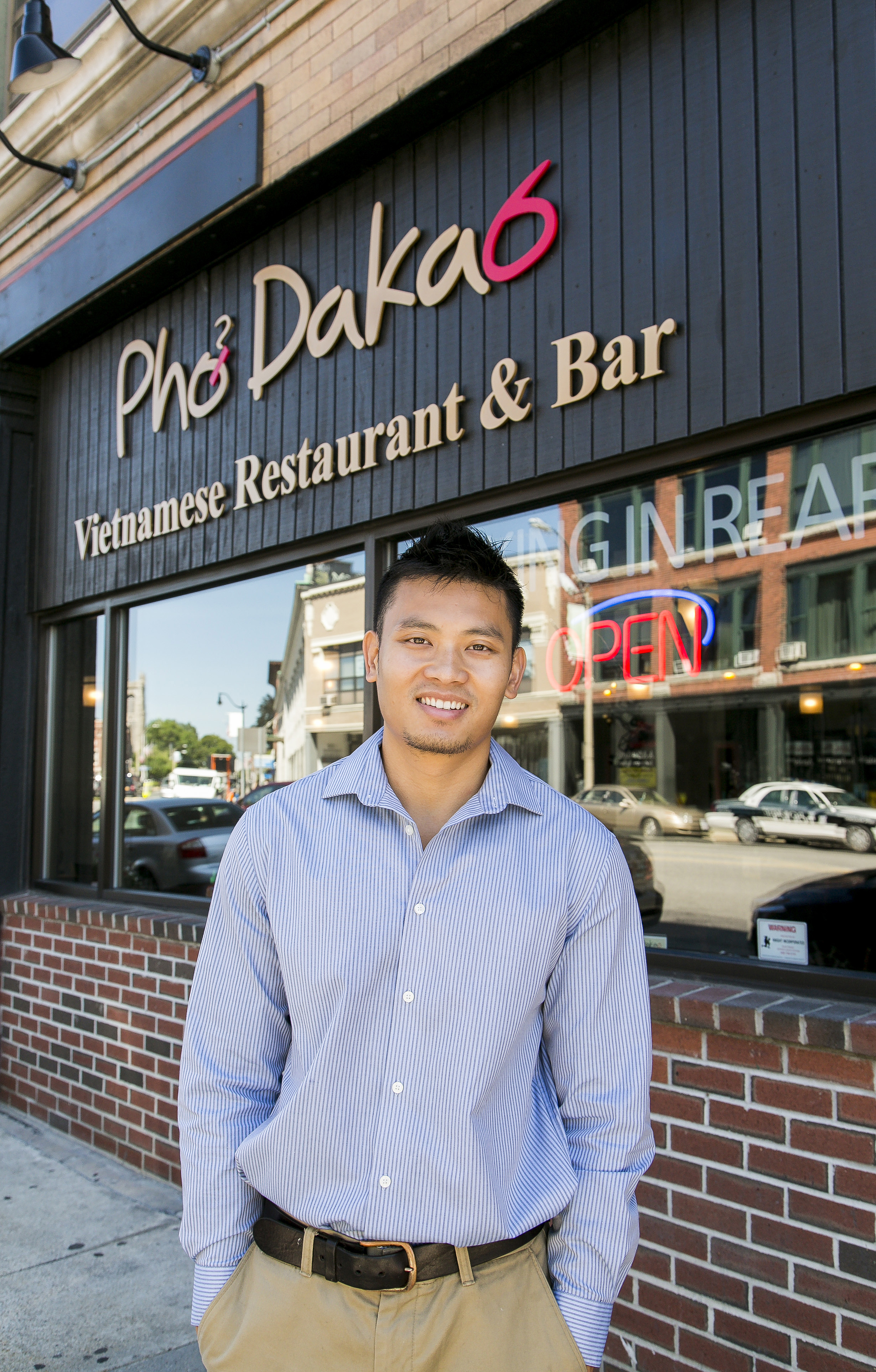 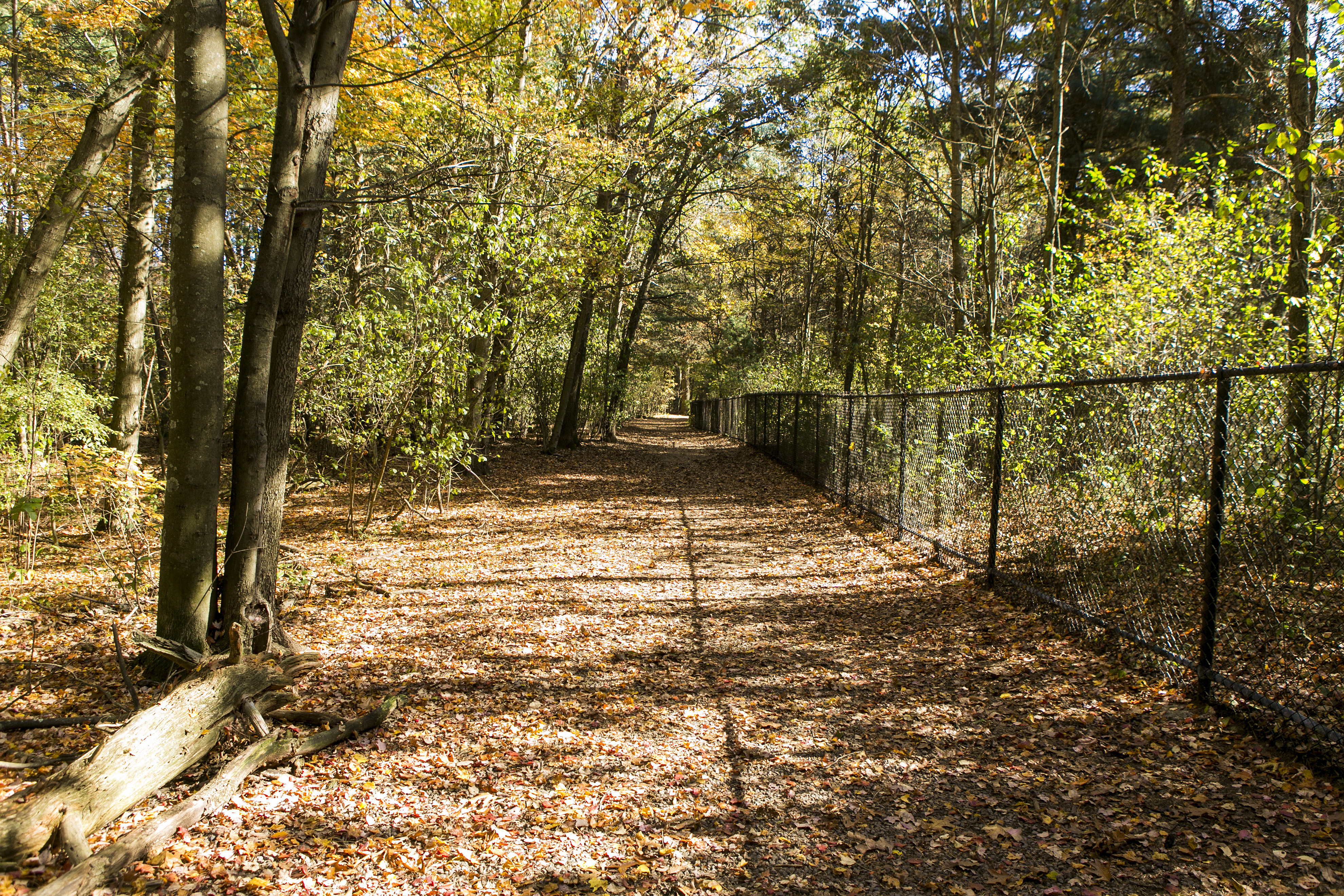 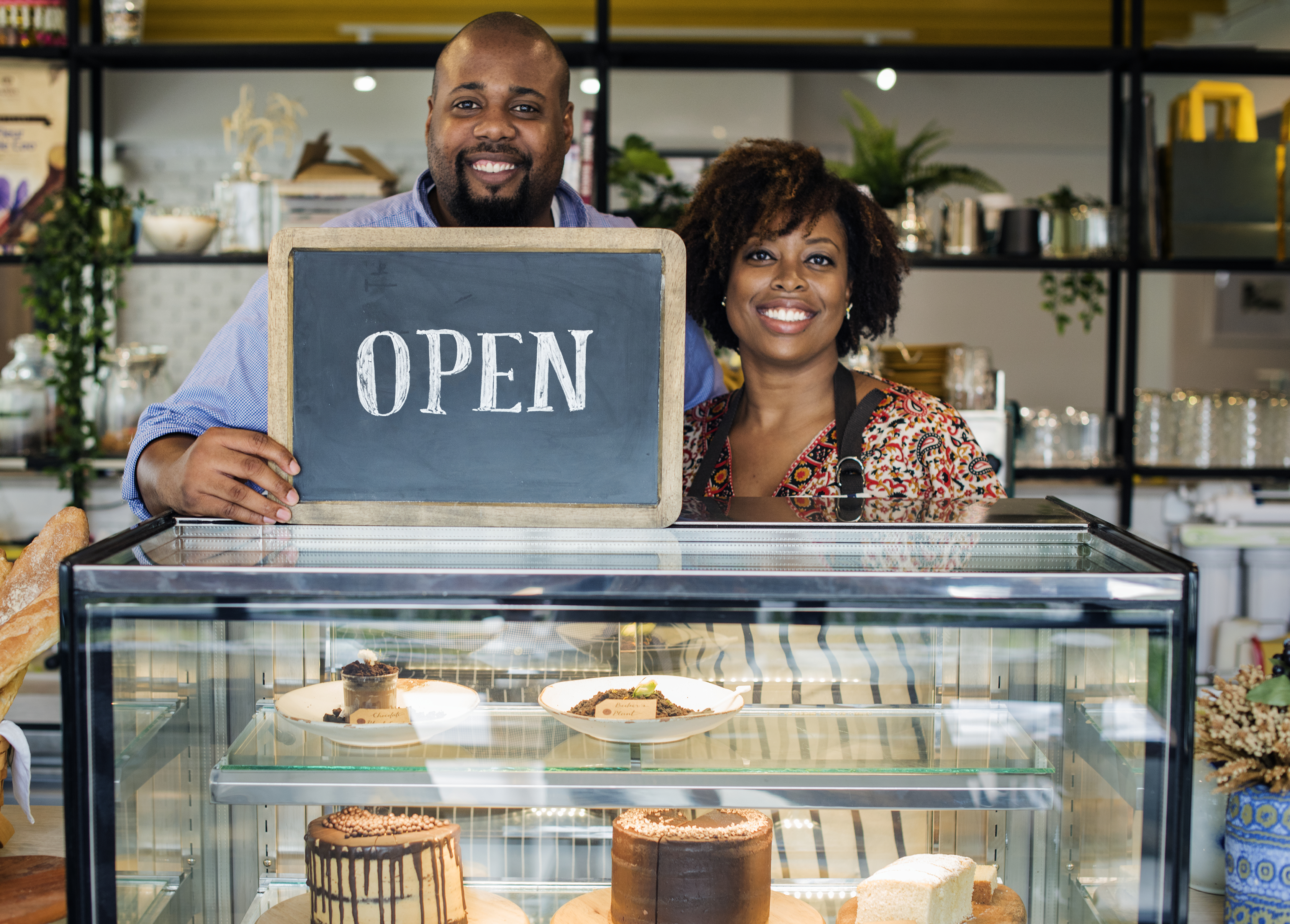 Expand and promote the resiliency of small businesses, particularly those owned by people of color, and encourage large employers to invest in local economies and advance equity 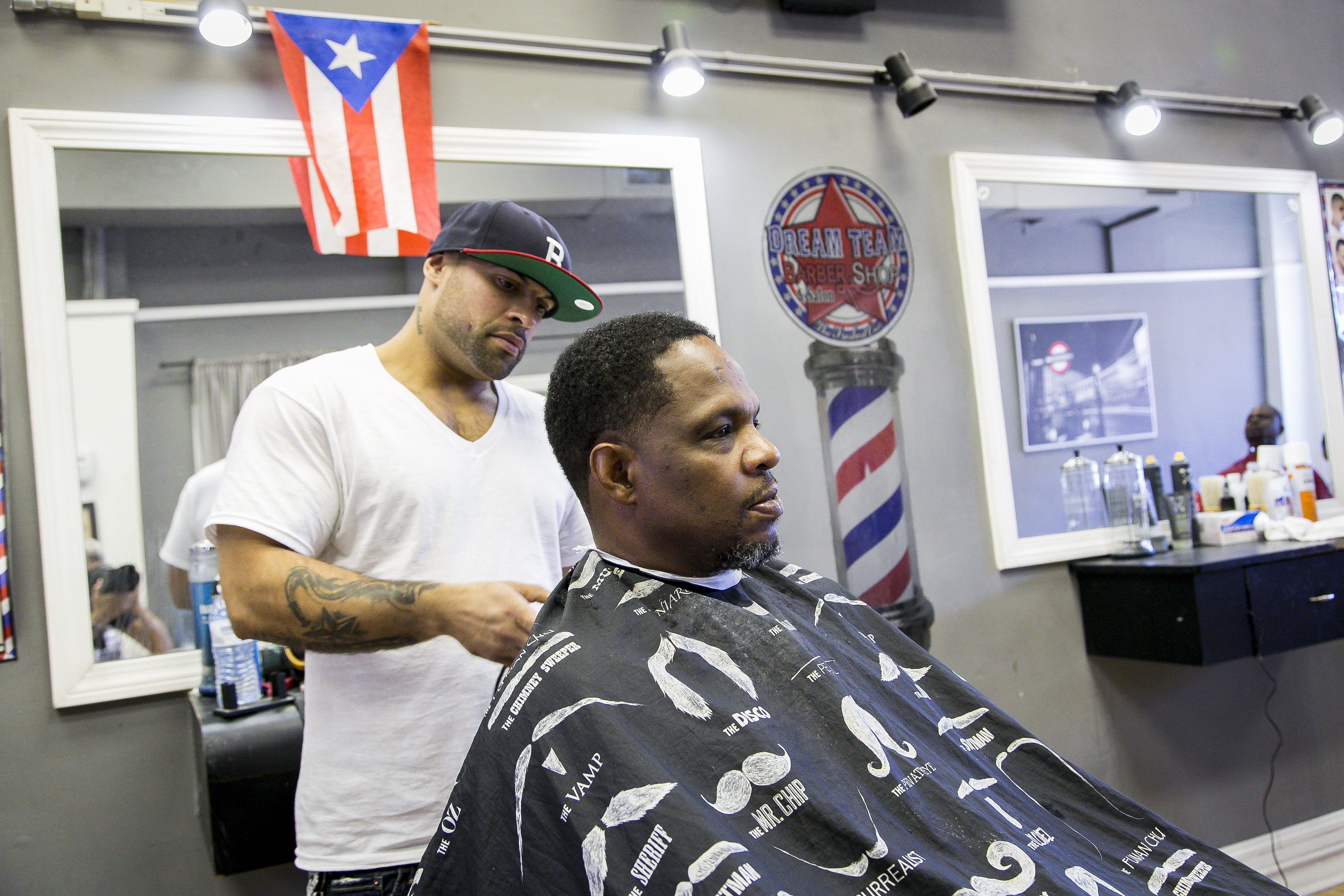 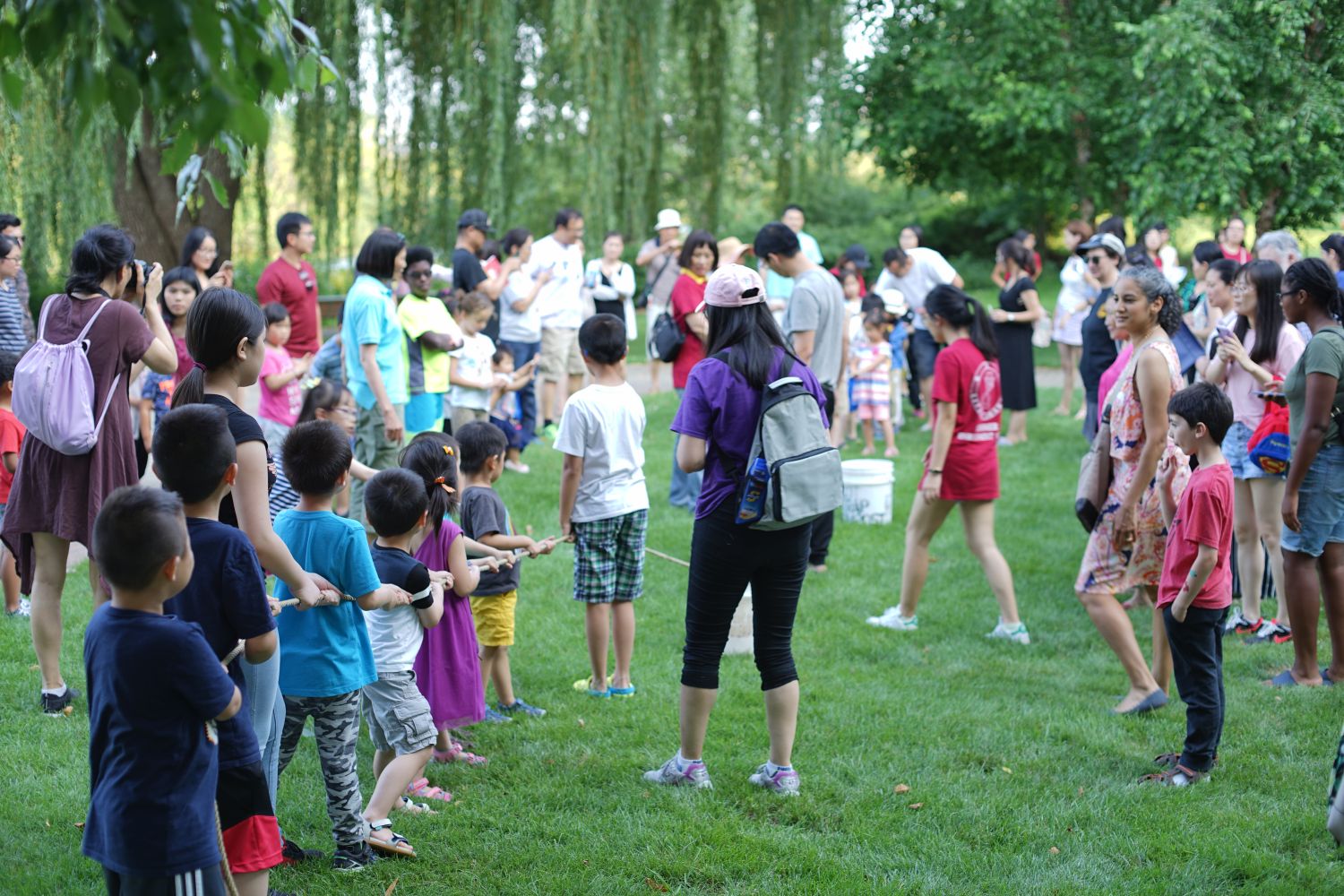 The roots of inequality run deep in this region. The colonization of New England dispossessed native populations of most of their land, and although slavery ended in this part of the country before it did in the South, the foundation of much of the region’s wealth continued to grow as a result of production and trade relationships with a slavery-based economy. Exclusion and oppression continued over the centuries through governmental policies and programs and through economic systems, including exclusionary land use and employment practices in communities throughout our region. From slavery and Jim Crow to contemporary labor, environmental, housing, and educational systems, the economic and political rules of society have created and exacerbated disparities in wealth accumulation and health along demographic and, especially, racial lines.

The economy of the United States created the largest and best educated middle class in history, however, throughout history it has exploited low-income workers and marginalized BIPOC individuals. For decades in Greater Boston, there has been a carving out of middle-income jobs—across occupations from installation, maintenance and repair to office and administrative support. At the same time, the region has seen rapid growth in the lowest paying occupations like food prep and serving, and the highest paying occupations in healthcare and tech. This dynamic has exacerbated wealth disparities in the region. Growth in low-paying and undervalued service and personal care industry jobs and jobs in the so-called gig economy that do not provide benefits like sick, vacation, and retirement are a growing share of our economy.

The high cost of housing, energy, transportation, food, and sometimes student debt and childcare in Greater Boston consumes a large share of an average household’s income, and for lower-income households, nearly all of it. The cost of covering basic needs can preclude saving for retirement and emergencies.

Although the social safety net in Massachusetts far surpasses that in many parts of the country, including supports for income, food, medical, and housing costs, it has never provided enough support for low-income individuals and households to thrive and live their lives without the stress and stigma of poverty.

Prospects for moving into higher income and wealth brackets are limited, even for the next generation. While the rags to riches story of the American Dream sometimes come true, in reality, it is more myth. Inter-generational wealth transfers tend to maintain the relative position of higher net worth families, who are predominantly White, over time. Appreciation in home values has been a primary wealth building mechanism, yet one that is inaccessible to many in Greater Boston. Most lower and many middle-income families find it impossible to buy a home in much of Greater Boston, and if deed-restricted, these homeownership opportunities build less wealth because of limits on resale prices. BIPOC households face the added exclusionary impacts of racism in real estate, mortgage lending, insurance, and unwelcoming local environments.

Growth patterns over time have contributed to our inequities in wealth and health. Throughout much of the 20th century, redlining, exclusionary zoning, and policies adopted at all levels of government ensured that predominantly Black and other neighborhoods with a high percentage of non-White residents would remain underinvested and cut off from resources, while offering White residents the opportunity to leave core cities and move to the suburbs. Even within core cities, similar practices kept some neighborhoods predominantly White, while Black and Latinx neighborhoods saw disinvestment and a decline of municipal services.

Many factors drove suburbanization, but government policy directed this opportunity mainly to White residents through discriminatory lending, mortgage, and tax policies. The effects of these policies have been long lasting, as shown by current home ownership rates in Metro Boston for Black and Latinx householders at 32% and 25%, respectively, less than half the rate for White householders (68%, State of Equity in Metro Boston, 2017). Even high-income Black mortgage applicants are twice as likely to be denied a mortgage as high-income White borrowers. Today, the segregation of our region and the varying quality of our school systems are further evidence of the long-lasting effects of these policy choices.

Neighborhood design, investments, transportation access, and amenities vary widely throughout our region. This has huge implications on public health outcomes, as 60% of people’s health can be traced to neighborhood characteristics. In 2011, MAPC analysis found that racial disparities in low-birth-weight eclipsed differences attributable to education level, most notably for Black women. Based on 2005-2009 data, a college-educated Black woman was 40% more likely to have a low-birth-weight baby than a White woman without a high school diploma—suggesting the impacts of racism eclipse the opportunities that come with higher education. Racial disparities in youth asthma hospitalizations are becoming more severe over time, with Black youth hospitalized 2.7 times higher than the regional average.

Access to healthy foods and open space, tree canopy, and parks are not equally distributed, leading to food deserts and elevated risks of extreme heat exposure in some urban neighborhoods. Air quality is also worse in neighborhoods that are home to Environmental Justice populations, due to increased exposures from major transportation and industrial emitters.

The challenges to building a more equitable region are many, as injustices are embedded in the systems that govern society. Undoing the practices and policies that have led to disparities in wealth and health outcomes will require reforms throughout our institutions, both public and private. The primary challenge to creating more equitable wealth and health outcomes is the uneven distribution of political power. This leads to growing income and wealth inequality, which further compounds the differences in power and the ability to participate effectively in government.

Income and wealth inequality have been increasing nationally for decades and the picture in Greater Boson is no different. The fifth of Metro Boston households earning the lowest income are making today only 3% more than they were in 2006, while the fifth of households making the most income are making 15% more. The average income for the highest-earning fifth of households ($280,600) is 18 times higher than the average income for the lowest-income fifth of households ($15,800). That disparity has increased by two points since 2006 (State of Equity, 2018). This is creating two, distinct realities where those that are well off share little in common with the struggles of those trying to survive. For low-income workers, the drive to put food on the table and make ends meet are all-consuming, making it difficult to thrive and lead healthy lives.

This exclusion from opportunities to civically engage also contributes to the uneven distribution of political power. Despite representing all residents in a district, voters, donors, and those who participate in public life have greater access to elected officials. In Massachusetts, the power of incumbency is strong, with many elections uncontested. And money plays an outsized role in politics ever since the Supreme Court in Citizens United found that political contributions are protected as political speech. From 2009 to December 2020, a dozen megadonors contributed $3.4 billion to federal candidates and political group, accounting for 1 out of every 13 dollars raised (Beckel, Michael. Issue One. As reported in the New York Times, April 16, 2021).

Distrust in our political systems stems from a variety of experiences and philosophies. Some have fundamental disagreements over the size and scope of government. For BIPOC communities, distrust stems from centuries of government policies that have marginalized and oppressed them. Personal negative experiences with schools, police and the criminal justice system, or planning processes and development decisions can also contribute to negative views of government. Distrust can also originate through a lack of transparency in decision making and from a lack of information about local processes. The decline of local reporting and rise of social media has only fueled disinformation and views towards government.

As we begin recovery and rebuilding from the COVID-19 pandemic, we face a once-in-a-generation opportunity to invest in ways that directly undo the history and challenges outlined here. The American Rescue Plan Act of 2021 is providing hundreds of billions of recovery dollars. Other federal efforts may bring even more resources to support investments in infrastructure and family supports. There will be many competing priorities for these funds, but these federal funds provide a significant opportunity to invest in BIPOC and low-income communities that have faced long-lasting systematic racism and economic exclusion and who are disproportionately affected by the pandemic. Programs and investments made by state, regional, and municipal governments can also be screened and shifted to center equity. Let’s use this moment to center racial and economic equity as the fundamental focus of recovery and rebuilding. 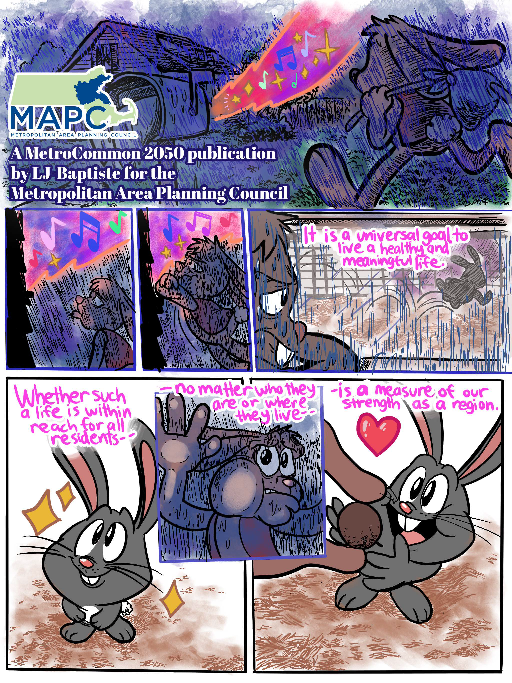